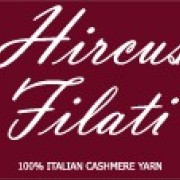 If you pull a thread from a cotton fabric, examining it carefully you will see that is formed by a number of thin fibers (long from a few millimeters to about 5 centimeters) twisted together. The same applies to a thread of wool, but in this case the fibers are longer (5 to 15 centimeters). In a thread of silk fibers are even longer (even several meters). In any case, the resistance of the wire depends on the number of turns given to the fibers.

Up to two hundred years ago, the fibers were spun laboriously by hand, by means of spindles and distaff. In 1764 James Hargreaves invented a machine for spinning cotton, which was run eight spindles at a time. Hargreaves’s invention was called giannelta (Jenng from his wife) and was the first of a series of machines that have revolutionized the technique of spinning. In 1769 was turned the spinning wheel of Sir Richard Arkwright in 1779 and appeared to work the spinning intermittent Samuel Crompton, who, unlike the previous ones, producing very fine yarns.

Before being spun, the fibers must undergo a cleaning process. The raw cotton bales must be extracted from about 250 kilograms of highly compressed, and then passed into a series of machines to loosen, mix it and beat him, freeing him from big msi impurities and traces of soil. Once clean, the cotton is compressed into the form of groundwater (sheets), and is ready for cardahice. This machine consists of a horizontal cylinder, covered with a large number of iron teeth, which rotates rapidly. These teeth pass (comb) of cotton fibers from groundwater to the cylinder, which soon becomes covered with a thin layer of fibers arranged parallel to each other. The cylinder rotates just under a series of so-called “rappelle”, is also the teeth of iron. Hats off comb the fibers from the cylinder so that, leaving the carding, they are reduced in the form of a slow tape often around one finger.

These strips of cotton are very different from the raw materials into highly compressed bales heavy as it had arrived at the factory not only carding disentangles the fibers and removes any remaining impurities, but also eliminates the weaker fibers that would reduce the quality of the yarn. The fibers are now packaged without compressing, free to slide on each other. This often tape passed through special machines called rtiratoi, is then stretched to become more subtle. To ensure a uniform union yarn fiber for its entire length, sometimes you have several tapes in parallel to stretch together. To obtain an exceptionally smooth spun before straightening to pass the tapes are made by combing machines that make the fiber even more parallel. Once you have been stretched to the desired thickness, the strips are twisted into yarn.

The raw wool must be washed to remove the natural oil and sweat accumulated. The wool is much like the cotton row, with some variations caused by the fact that the wool fibers are longer and more wavy. During the operation of carding processes are different depending on whether you want to get carded wool (and then the fibers are carded in order not to keep them parallel, but let them go in all directions) or a worsted yarn (in this second case the fibers Cardano and comb their hair in order to place them perfectly parallel).
The silk should not be carded. Silk cocoons are dipped into hot water to dissolve the gummy substance that holds the fibers together; do this, the fibers are unwound from the cocoons and twisted to form yarn.

The yarns can be enhanced by further twisting, but it makes them any more harsh to the touch. This hardness is suitable for worsted used for clothing for men, but not for wool yarns that are used in knitting, the latter must be twisting just enough to give them the necessary resistance, which may indeed increase (without jeopardizing the softness) twisting together two or three thin yarn.

The artificial yarns become “elastic” through the process known as false twisting, the fibers that leads to the form of coil springs, long and thin, but after being pulled, reproduce more or less their original length.

This website uses cookies to improve your experience while you navigate through the website. Out of these, the cookies that are categorized as necessary are stored on your browser as they are essential for the working of basic functionalities of the website. We also use third-party cookies that help us analyze and understand how you use this website. These cookies will be stored in your browser only with your consent. You also have the option to opt-out of these cookies. But opting out of some of these cookies may affect your browsing experience.
Necessary Sempre abilitato
Necessary cookies are absolutely essential for the website to function properly. These cookies ensure basic functionalities and security features of the website, anonymously.
Functional
Functional cookies help to perform certain functionalities like sharing the content of the website on social media platforms, collect feedbacks, and other third-party features.
Performance
Performance cookies are used to understand and analyze the key performance indexes of the website which helps in delivering a better user experience for the visitors.
Analytics
Analytical cookies are used to understand how visitors interact with the website. These cookies help provide information on metrics the number of visitors, bounce rate, traffic source, etc.
Advertisement
Advertisement cookies are used to provide visitors with relevant ads and marketing campaigns. These cookies track visitors across websites and collect information to provide customized ads.
Others
Other uncategorized cookies are those that are being analyzed and have not been classified into a category as yet.
ACCETTA E SALVA
"\t\t\t\t"
%d blogger hanno fatto clic su Mi Piace per questo: